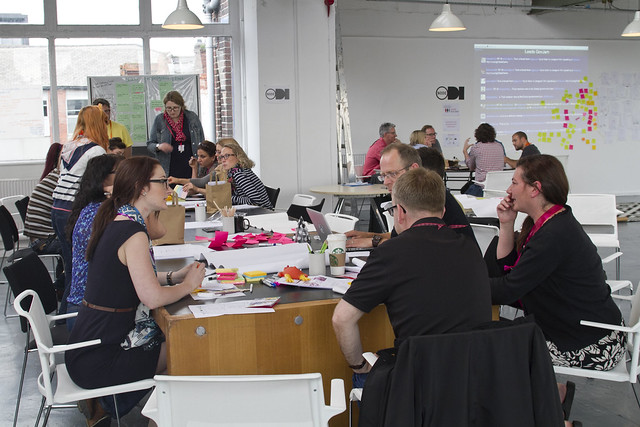 See the work in progress in Lisa’s lovely photo set on Flickr... 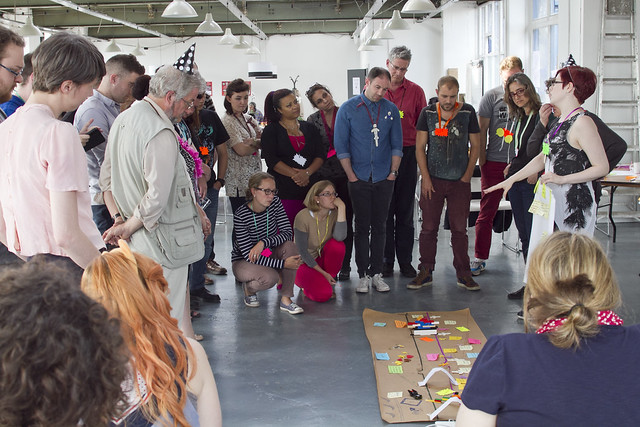 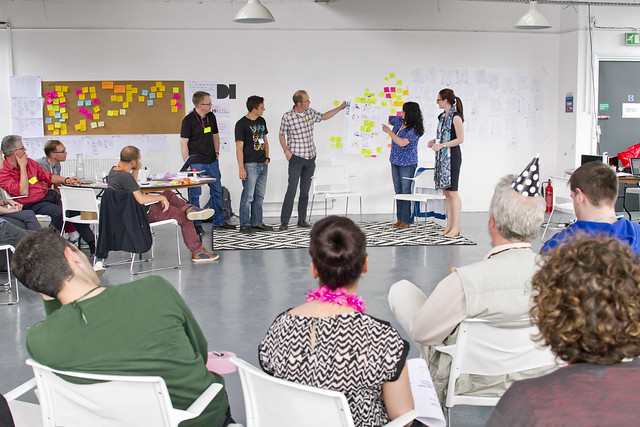 This entry was posted in GovJam and tagged govjam, leeds.

One week to go: check out these service design links and tools

Leeds GovJam is less than one week away. Our team of volunteers are busy preparing to welcome more than 35 people to ODI-Leeds on Tuesday.

But we’ve found the time to revisit our favourite service design links and tools which we’re sharing here. Wherever you’re jamming, we hope you’ll enjoy the selection below…

What is Service Design?

This entry was posted in Uncategorized and tagged leeds govjam, service design.

Twoo weeks to go: join us in Leeds, discover GovJams around the world

Two weeks to go until the first ever Leeds GovJam! Over on Eventbrite you can see the 30+ people already signed up to be part of it and book your place to join them.

We’ll also be linking up with jams around the world in the Global GovJam. Check out all these places where people will be trying out new ways to rock the public sector:

Want to join us in Leeds?

This entry was posted in GovJam.

Three weeks to go: where will you jam?

Three weeks from today we’ll gather at the ODI-Node in Leeds to find out the secret theme for the Global GovJam 2014.

People from Leeds City Council, the NHS, the Department of Work and Pensions and MySociety will join freelancers, academics and others – all with an interest in making government services better with the power of people-centred service design.

It’s a great chance to challenge yourself, learn new skills, meet new collaborators, encounter ideas you would never have had if you were alone, and have a great time. We’ll be doing, not talking – building prototypes to make ideas as physical as possible so we can experience, communicate and test them.

And we won’t be alone. Ours will be one of around 20 jams round the world, all working in their local groups to prototype services on the same shared theme. You could take part in Brazil, Canada, Germany, Taiwan, the USA, and in the UK in Manchester or Exeter too. But obviously we hope you’ll join us in Leeds.

This entry was posted in GovJam and tagged govjam, leeds.

LEEDS TEAMS GIVEN 48 HOURS TO ROCK THE PUBLIC SECTOR

Public sector innovators will link up with counterparts all over the world as part of an event coming to Leeds for the first time next month.

Now in its fourth year, the Global GovJam is a high-energy 48-hour challenge for anyone who wants to make public services better while learning new design tools and techniques.

Up to 50 people will take part at the Open Data Institute Node in Duke Street, Leeds, on Tuesday 3 and Wednesday 4 June.

Participants will use social media to swap ideas with teams in other countries, including Brazil, Canada, Germany, Taiwan and the USA – all inspired by a shared theme kept secret until the start of the event.

The emphasis is on doing, not talking. Everyone is encouraged to come up with improvements to public services, make prototypes to show how they would work, and take to the streets to ask their fellow citizens what they think of them.

Matt Edgar, a service design and innovation consultant who is organising the Leeds event said:

“From highways and street cleaning to health and social care, everyone experiences public services. What’s more, tens of thousands of people in our city work to deliver them every day. We think they deserve the best design, and are really excited to be bringing GovJam to Leeds for the first time.

“We’re delighted to have people joining in from Leeds City Council, the NHS and central government. But you don’t have to work in the public sector to take part – GovJam is open to anyone with an interest in service design and improving public services.”

This entry was posted in GovJam and tagged govjam, leeds, news, press release.

But don’t worry – if you head on over to the booking page you’ll find we’ve just released a further batch of tickets.

You can also see the list of people who have signed up in the week since booking opened – people from Leeds City Council, the NHS, mySociety and others. We’re talking to other local authorities and at least one central government department is looking to join in too.

Thanks to our venue hosts ODI-Leeds, we have spaces for up to 50 jammers, and we would love to fill them all. Sign up yourself, tell your friends, or bring your whole team. We’ve even made you a flyer to print and share.

This entry was posted in Uncategorized.